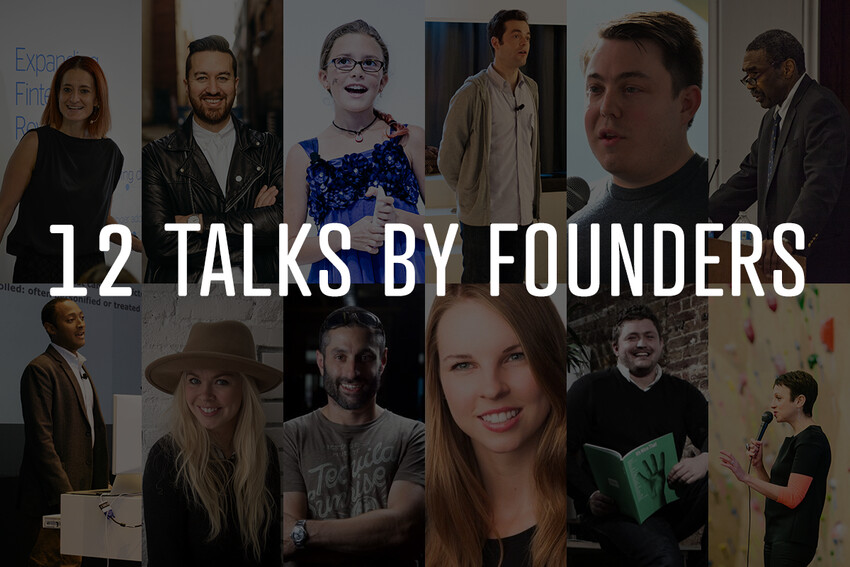 12 Talks from Founders on Big Ideas and Humble Beginnings

It has become part of our cultural dialogue to glorify the path of an entrepreneur. We devour these stories because they’re filled with possibility and excitement; freedom and ambition.

But like anything taken by the media and polished for our screens, we’re only seeing a fraction of the story.

What we don’t see are the humble beginnings, the risky decisions, bruised egos, and other scenarios that could make a popular series on Netflix.

It takes guts to look at the world, make an assertion, and invent something that’s more human, efficient, and generous. Our world changes because of these ideas that weave themselves into the fabric of our lives.

Here are 12 talks from founders sharing moments that defined their business, how they acted on their inspiration, and the in between moments that don’t make it on Instagram.

Bri Emery, founder and editor of designlovefest, speaks on moving to California, quitting her day job, saying yes, and following her dreams.

If a company doesn’t want to work with you, then move on, because there are a lot of companies that want to do genuine content.

Greg Lutze, the Co-Founder and Chief Creative Officer of VSCO, talks about his journey in starting VSCO and shares with us some defining moments in his life and business.

VSCO has been named Apple’s “App of the Year,” Google Play’s “Best Apps of 2015” and Fast Company’s “Top 10 Most Innovative Companies in Social Media.”

Our mission is to empower culture creators, and culture creators is pretty broad; it can be anyone from a photographer to a designer, but we view it as the people that things happen around. They’re pushing things forward, they connect people, and that’s who we want to build for.

At the age of eight, Vivienne Harr made headlines by raising more than $100,000 to fight child slavery with her traveling lemonade stand. She is the first girl in American history to bottle her lemonade-stand lemonade. Make a Stand Lemon-aid is available in stores and online.

In this talk, she tells us about her journey and how big revolutions can start from small ideas.

Compassion is not compassion without action.

Fabian Pfortmüller speaks about the journey behind his startup, what it means to support “design with a conscience”, and the story of the beautiful Holstee manifesto.

We always thought that a startup is about building value… but we realized down the road, that it is really about creating values.

In this talk, Adina explains the 12 steps that every entrepreneur should take in account when managing risk in starting something new.

Steve Larosiliere is the Founder and President of STOKED, a youth development agency with offices in New York and Los Angeles that uses a combination of action sports (snowboarding, skateboarding, and surfing), mentoring, and after-school programs to empower teens to be successful leaders in their community. Since 2005 STOKED has served over 3500 youth and has a 100% high school graduation rate.

Former VC and now successful entrepreneur Nataly Kogan discusses how taking chances throughout her life led her to starting a company focused on sharing the science of happiness.

8. The making of It’s Nice That by Will Hudson, CreativeMornings/London

Since founding It’s Nice That in 2007, Will has worked tirelessly to champion multi- and inter-disciplinary art and design through print and online media.

9. Designing a School from Scratch by Heather Payne, CreativeMornings/Toronto

Heather Payne is the CEO of HackerYou, Canada’s original programming bootcamp and to date, the only one of dozens around North America that was founded by women. HackerYou offers Toronto’s best full- and part-time courses for people who want to learn to code. Heather also operates a 7000-square foot digital literacy education facility in the heart of downtown Toronto called The Lab.

I’ve been out of school for five years now and I’m not sure it’s a coincidence that those five years have been the best of my life.

Max Temkin, a fellow designer in Chicago, is the co-creator of the hilarious and beloved party game for horrible people, Cards Against Humanity. Unlike most of the party games you’ve played before, Cards Against Humanity is as despicable and awkward as you and your friends. It’s become recognized across the globe as one of the best ways to spice up a party, and it was created in Chicago with a little help from Kickstarter.

Just help people. If you are one of those people who has figured out what you are about and what you believe in, that’s what being a philosopher is about. Just talk about those ideas and help people who have not figured it out yet.

As president and CEO of Manchester Bidwell Corporation and its divisions Bidwell Training Center, MCG Jazz, MCG Youth & Arts and National Center for Arts and Technology, Bill Strickland has created an educational model designed to create empowering educational environments for adults-in-transition as well as urban and at-risk youth, enriching Southwestern Pennsylvania and, eventually, the world.

Don’t give up on the poor kids because they might end up as a commencement speaker.

12. Founder and CEO of Runkeeper by Jason Jacobs, CreativeMornings/Stockholm

Jason Jacobs, CEO of Runkeeper, talks about the shift in fitness brands from aggressive, intimidating, and top-down to inclusive, approachable, and community-driven.

This playlist was made possible by the volunteer efforts of our Talk Watch Squad. They’re a robust, remote team that volunteers to watch talks, provide feedback, and suggestions that make playlists like this possible. Sound like you? We’d love to have you! 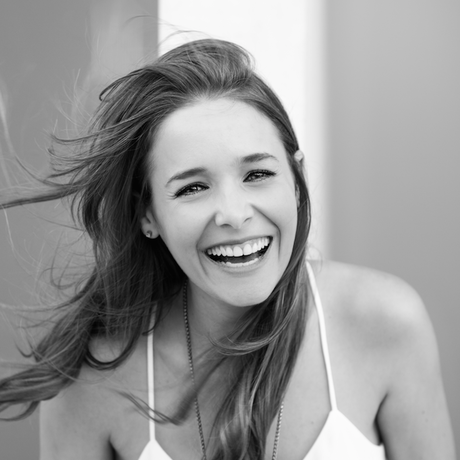