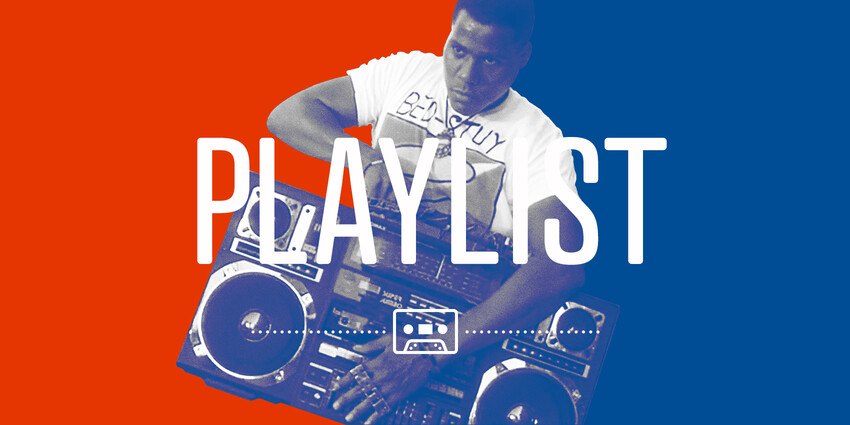 These themes are starting to feel eerily prophetic. June’s theme is Insecure. And with all the instability, uncertainty, chaos and turmoil around us, it’s understandable that few would feel secure right now. I say that with some certainty, but it is also painfully clear that particular communities are more vulnerable than others. For those under systemic assault, insecurity goes way beyond personal feelings of self worth and confidence, for some it is a fundamental fear for survival.

When I initially started pulling together this playlist, I was thinking about insecurity as it’s used in our common vernacular, related to individuals feeling insecure; As in a lack of confidence, feelings of jealously or anxiety and so on. To that end, I chose to include songs like The Modern Lovers “I’m Straight”, 2Pac’s “Baby Don’t Cry”, and  Syd’s “Insecurities”. However, as I thought about more and as current events unfolded over these recent weeks, I reconsidered the word in more literal terms, meaning not secure. To reflect this interpretation, I added songs that reveal injustice, instability and imbalance, like Public Enemy’s “Can’t Truss it”, Sinéad O'Connors “Black Boys on Mopeds”, Dead Prez’s “Police State”, or Bob Dylan’s “The Times They are a-Changin’”. This interpretation seemed even more pertinent to this tumultuous time, and Bob has a warning for those resistant to change, “you better start swimmin’ or you’ll sink like a stone”.

The Louisville chapter selected the theme this month and I included a number of hometown artists. From hardcore fan favs Squirrel Bait, to Bryson Tiller’s collab with Jazmine Sullivan “Insecure”, to Palace Brothers, an early incarnation of Will Oldham’s particular take on folk country. The Kentucky city has a robust roster of great artists, and I tried to highlight a few emerging talents like Wombo and Twin Limbs while also acknowledging those artists with a deep catalogue like Joan Shelly and indie heroes My Morning Jacket. As is always the case with these fly over samplings, this is just a cursory selection of songs, there are plenty more musical delights to to explore from the Midwestern metropolis.

With anxiety and unease I try and lean into the uncertainty. The playlist this month is brimming with vulnerability, fragility and instability. The theme is Insecure, with self-conscious songs of introspection from Remi Wolf, J. Cole, and Dolly Parton. However insecurity is also about real physical vulnerability. Artists like Public Enemy, KRS One, Dead Prez, Main Source and Sinéad O'Conner highlight injustice, threats and police brutality.

Finally, if you haven’t seen it for some reason, now would be a great time to watch Spike Lee’s Do the Right Thing. A brilliant film, it’s just as relevant today as it was in 1989. It also has an amazing soundtrack and explores ideas that fit well with our theme of insecure. I’ve been thinking a lot about the Radio Raheem character and much how the film really opened up my mind as a kid. Thanks Spike.

Well that’s it from me. Thank you for listening. If you enjoy these playlists, please follow me on Spotify and give me a shout on Twitter, I would love to hear from you.

Get free best video downloader android apps and enjoy your life. It has most amazing articles and different kind of android apps.