See for yourself
All Talks Individuals Chapters
van 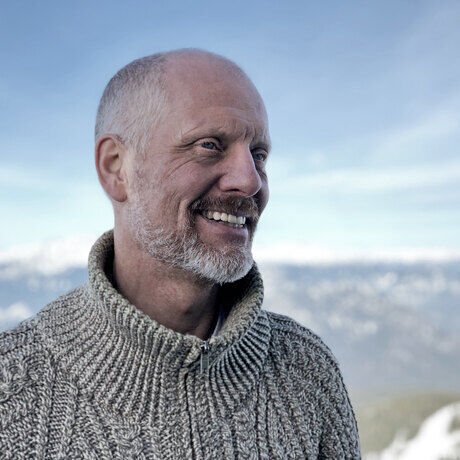 Living in North Vancouver, BC.
You Might Know Me From

In 2003 Kevin Vallely was named one of Canada’s leading adventurers by the Globe and Mail. His adventuring resume is stacked with compelling expeditions to all parts of the world including skiing Alaska’s 1,860 kilometre Iditarod Trail; scampering over Vancouver Island’s West Coast Trail in record time (10 hours, 13 minutes); attempting to bike and climb the island of Java’s 13 -10,000-foot volcanoes (a trip cut short when post-9/11 Indonesia became too dangerous); competing on the only Canadian team to finish the last and most difficult Eco-Challenge adventure race held in Fiji in 2002; retracing a 2,000 kilometre Klondike-era ice-bike route through the dead of an Alaskan winter, and most recently, with teammates Ray Zahab and Richard Weber, breaking the world record for the fastest unsupported trek from Hercules Inlet to the South Pole.

Kevin is a registered architect and runs his own company Vallely Architecture. He graduated from the McGill University School of Architecture in 1988 where he was awarded the Royal Architectural Institute of Canada medal as top graduating student. He’s a recipient of a Commonwealth Scholarship to Cambridge University.

How do you define creativity and apply it in your life and career? Creativity is the cultivation of the imagination. It is the act of expressing feelings, thoughts and observations.

Where do you find your best creative inspiration or energy? Outside in motion

What’s one piece of creative advice or a tip you wish you’d known as a young person? Trust your gut.

Who (living or dead) would you most enjoy hearing speak at CreativeMornings? Ernest Hemingway

What’s the craziest thing you’ve ever done? Take my 9 month-old daughter to Siberia and then find ourselves in Russia illegally and evading capture.

What are you reading these days? FEAR

What fact about you would surprise people? I’m lazy at heart.

How does your life and career compare to what you envisioned for your future when you were a sixth grader? I wanted to be an artist and a stunt man in grade 6. Not too far off.

How would you describe what you do in a single sentence to a stranger? Follow my dreams.

If I could open a door and go anywhere where would that be? Space

Where was the last place you travelled? Baffin Island

What music are you listening to these days? The Lumineers

What was the best surprise you’ve experienced so far in life? My kids

Where is your favourite place to escape? The trails of North Vancouver

What was the best advice you were ever given? Trust your gut.

When you get stuck creatively, what is the first thing you do to get unstuck? Go for a trail run

Kevin hasn't saved anything yet.