Believe in Your F*cking Self

From Form The benefits of cross-over

Bob Ruggeri shares how he became a really big deal through the art of frustration.

Bob Ruggeri gives a first hand account of his journey to become a film producer. He talks about finding your passion or in his words, your “Soulgasm” and pursuing that without any excuse. 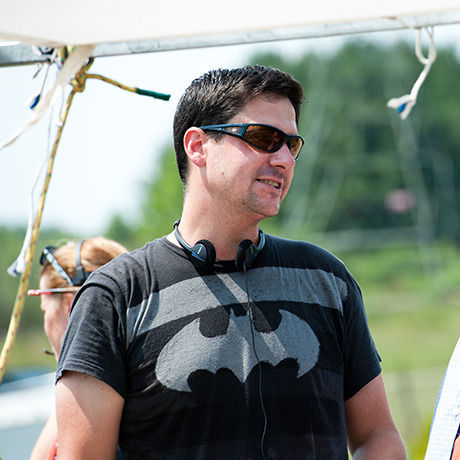 Bob Ruggeri is the founder of Omega Point Films, a television and film production company based in his hometown of Cleveland, which he launched in January of 2014 to produce the movie Lost In Austin, starring Linda Cardellini, Craig Robinson & Kristin Schall. Bob has over 15 years of television and film experience as a writer, producer and director. He began his career as a screenwriter and had his first screenplay, Pure Shooter, optioned by several major studios. After watching this project and his follow up script, Dead Dresses, both die slow deaths in development hell, he shifted his focus to producing to gain more control over his fate. His first effort was co-producing Jeff Nichol’s Take Shelter, starring Jessica Chastain and Michael Shannon, which premiered at the 2011 Sundance Film Festival to rave reviews. The film was purchased sight-unseen by Sony Pictures Classics the day before it’s Sundance Premier and released theatrically. Take Shelter also screened at the prestigious Cannes Film Festival Critic’s Week competition and won the Grand Prize for Best Picture and Screenplay. His follow up film, The Kings of Summer, premiered at the 2013 Sundance Film Festival to critical acclaim and was released theatrically by CBS Films. In television, Robert co-wrote, produced and directed the television pilot, Scottish Reign, for James Gandolfini’s Attaboy Films. He has also written, produced and directed hundreds of national commercials and videos for clients ranging from GE Lighting, Purell, Cub Cadet and PlayLogic, among others. He has racked up numerous writing awards for his screenplays and recently won a National Gold Addy Award for producing Bellefaire’s “Take a Closer Look at Youth Homelessness” campaign with Doner Advertising. The videos were picked up immediately by The Huffington Post and played on several national news outlets. He is currently in pre-production on the big budget action-comedy, Beach Pizza, starring Craig Robinson and Uriah Faber that is scheduled to shoot in Georgia this September. He also has two other films in development that are slated to film in 2016.

Don't look at failure as anything other than a learning experience. — Bob Ruggeri

Every time I got frustrated, I was like I need to make a change. — Bob Ruggeri

You have to be crazy and to just have blind faith that you're building something that everybody will come to. — Bob Ruggeri

I read the article in Fresh Water today and thought you might be interested in this blog post. I work for HGR Industrial Surplus. Some of the big film companies buy cheap surplus from us for use on their film sets. I didn't know if you know about us as a resource, but I thought I would send the info in case you didn't. I am friends with Robert Banks, too. :) And a CIFF member. Unfortunately, I am having surgery on April 8 and will miss three of the films I wanted to see on April 9. :( Found your website but couldn't find a contact us section. Hope you get this. See you around town! https://www.hgrinc.com/blog/?p=612