Mystery: The Basis of My Insanity

The deerskin jacket and swigs from a brown paper bag only add to the mystery as we rocket through the mind of an acclaimed home-grown filmmaker.

“Everything I do is about solving a mystery. … Every time I’m doing creative, anytime I have an objective, I’m asking more questions than I am solving.”

Get ready to smile and have thoughts provoked as we unravel the mystery that is local producer/director Dana Altman and the four-part creative process he embraces: preparation, incubation, illumination and verification. Plus, the case for creativity as a skill and why “Days of Our Lives” is on in his office even though he says he’s not really watching it… 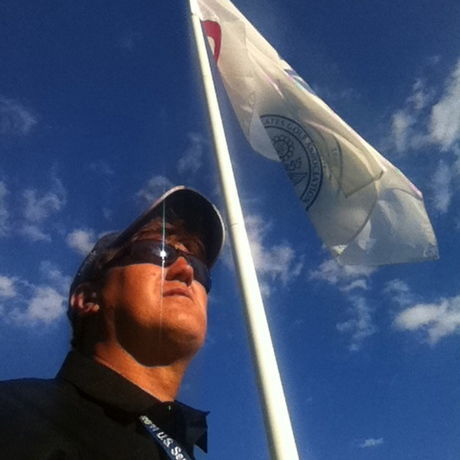 Quickly after graduating College, I limped my ride to La La Land, where I got a gig as Handyman for the rich and famous. I didn’t graduate with Handyman degree but it did lead me to an open position at Universal Pictures, delivering script re-write pages and paychecks to dreamers, writers, actors and actresses who lost their souls, made art, and earned money for no apparent reason.

After learning the First Rule… “Fake it, till you make it”, I climbed from a simple Producers Assistant to an Apprentice Editor in less than two years. How did this happen? Drugs, alcohol and the Second Rule… “Too much, is… still not enough”. This quick Hollywood education forced me to become a self-starter, leave Universal Pictures, sprint back to Omaha, marry my sweetheart and launch North Sea Films, Inc.

Since leaving LA I have floated in the Dead Sea, traveled to the lost city of Petra, the forests of Sweden and the gardens of Machu Picchu. We made a film in Gabon Africa and I lost my sunglasses to the hippos above Victoria Falls. Whether it was Malta, Israel, Jerusalem or Inner Mongolia of China, nothing compares to a burger at Stellas. Our lens has captured time… in the Bahamas, South Korea, India, The White House and The Pentagon. All I know is that directing an Aircraft Carrier to turn into the wind seems easier than working with bad creative.

I have had the pleasure of doing interviews with Tim McGraw and Faith Hill, Paul McCartney, David Crosby, Levon Helm and others that have shaped the sounds of our time. I have laughed and learned from Robin Williams, Warren Buffett and Robert Altman and the talents of Liv Tyler, Steve Buscemi, Ellen Burstyn and Martin Landau amaze me.

North Sea Films, Inc. is a global award winning entertainment development and production company. We have produced and/or directed seven feature-films, three network television specials, seven documentaries and hundreds of commercials and corporate videos for clients across the globe.

I am the old guy in the room and I love it…I have six children, two grandchildren, three dogs, three cats, two horses, two cows, five sheep, twenty-three chickens, twelve ducks, nine rabbits, one turkey and only one wife. I guess I’m quite the handyman!

“Embrace mystery with all you are in all you do.” — Dana Altman