Adina Pintilie The Courage to Be Vulnerable 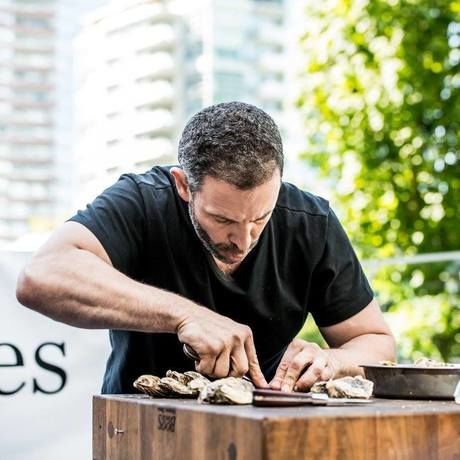 Passionate about the sea and food from a young age, Daniel has been focused on sharing that intent and the desire to promote sustainability with consumers and producers alike.

In addition to his work in restauration and promoting ocean awareness, Daniel has traveled the world as alternately a host and competitor at some of the most prominent oyster festivals in the world! He was also producer and subject of the feature length documentary “Shuckers,” which took an in-depth look at oyster festivals, oyster shuckers, oyster growers and those dedicated to the species and its survival.

Of late, Daniel has worked as ambassador for Canadian oysters and seafood in China, promoting product and relations, even in conjunction with one of the Canadian trade delegations in 2017. In 2009, Mr. Notkin founded the Old Port Fishing Co, focusing on the importation of sustainable seafood, as well as the Montreal Oysterfest, now entering its 10th year which, during the one day fest, hosts over 40 restaurants as well as between 3000-6000 attendees.

Hosted by Chez toi / At Home