Demion talks about the evolution of architectural design in Tucson and how our community needs to decide what’s worth preserving before it’s too late. 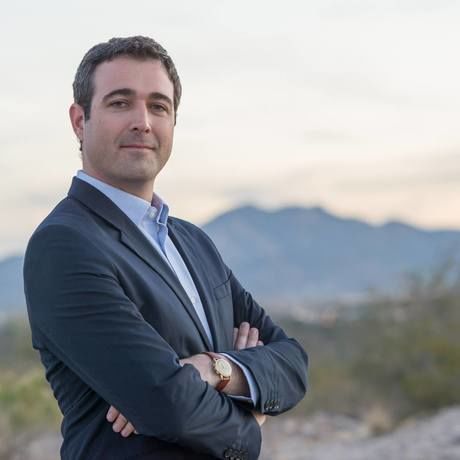 Clinco served as President of Tucson Historic Preservation Foundation from 2008 – 2014 after relaunching the organization following a decade of inactivity. In that role Clinco founded and launched Tucson Modernism Week (2001) an annual 10 day humanities program with 7000 attendees and over 40 events, focused on Southern Arizona’s 20th Century history, design heritage, architecture and art.

In addition to this work, Clinco served as a member of the Arizona State House of Representatives (2014-2015) and is a current elected member of the Pima Community College Board of Governors representing District 2 and serving as Board Chair. Clinco is the CEO of Frontier Consulting Group LLC, working on select heritage projects and is Vice-President of Catalina-In Home Services, Since 2010 Clinco has served as the Arizona State Advisor to the National Trust for Historic Preservation serving 2014-15 as Vice Chair of the Western Region. Clinco is an Expert Member of the International Council on Monuments and Sites (ICOMOS) Twentieth Century Heritage International Scientific Committee.

He is a former member of the Board of Directors of Archeology Southwest and served as the Mayoral appointee to the Tucson-Pima County Historic Commission. He has served as a Trustee of St. Gregory College Preparatory School and on numerous other boards and committees. Clinco is a graduate of Occidental College in Los Angeles, with a B.A. in Art History and completed postgraduate work at Istituto Marangoni in Milan Italy.