Who will come to Comicon in Dubai?

Joshua Williams and Abbo For the love of sound.

Joshua Williams and Abbo For the love of sound.

T-shirts with comic characters are the new black tie

Arafaat tells the story of how Comicon came to Dubai and the lessons learned living with fantasy. 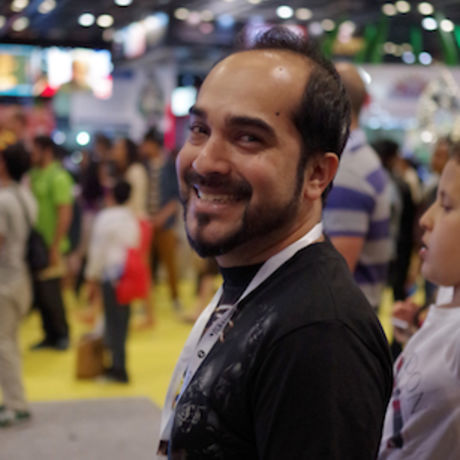 Arafaat is the Director of Communications at The Alliance, a public events and exhibitions company founded in 2015 and focused on popular culture, music and sporting events and festivals. Winner of ‘Best Exhibition’ at the Middle East Event Awards 2015 for the wildly successful Middle East Film & Comic Con and now promoting events that will welcome over 200,000 fans by the end of 2016.

With over 20 years of regional experience in PR and Marketing, Arafaat has developed fantastic relationships across all media channels and the entertainment industry as a whole, having started the PR arm of ExtraCake PRA, a full-fledged communications agency, over 8 years ago. He is also co-founder of new independent publishers and entertainment producers, Domain Entertainment.

Co-founder of The Middle East Film and Comic Con, Arafaat is first and foremost a passionate geek. A journalist from a very young age, he has been writing about all facets of pop-culture in some of the region’s most popular publications, most recently the region’s edition of the popular film and entertainment magazine, Empire.