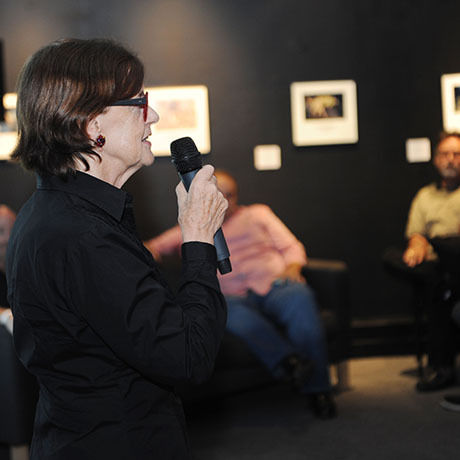 Gillian Thomas has been with the Patricia and Phillip Frost Museum of Science since early 2003 as President and CEO. During her tenure with the Museum, the Miami-Dade County Building Better Communities General Obligation Bonds were approved by voters, awarding $175 million towards the construction of the new Patricia and Phillip Frost Museum of Science in downtown’s Museum Park. Under Gillian’s leadership, ground was broken on the new project in 2012 and more than $70 million has been raised in pledges to support it. The new Museum is slated to open in 2015.

Before working at the Patricia and Phillip Frost Museum of Science, Gillian was the CEO of @Bristol, where she led the team in developing the award-winning $150 million waterfront Millennium project in the UK, which opened in 2000. With a science center, an environmental center, planetarium, IMAX, art installations and public space, this project revitalized the downtown heart of Bristol and has had a substantial economic impact on the surrounding area. Gillian was awarded a “Grant of the Dignity of an Ordinary Officer of the Civil Division of the Order of the British Empire” (OBE) by Queen Elizabeth in January 2000 for her work on @Bristol.

There is no greater delight than something discovered and a love of learning. But, in order to learn something, you have to know that you didn't know it in the first place and really be willing to explore it. — Gillian Thomas

Hosted by Phillip and Patricia Frost Museum of Science