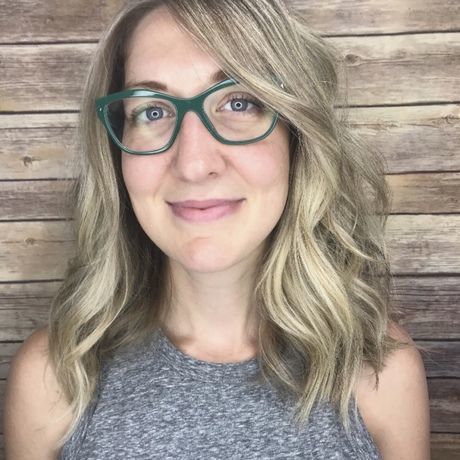 Experience Anatomy was founded in 2016 by Jamie Decker, whose own awe-inspiring experience with anatomy as a high-school student changed the trajectory of her life.

In 2007, Jamie visited Discovery Place Science in Charlotte to see Body Worlds created by Dr. Gunther von Hagens. Seen by more than 44 million people, Body Worlds is known as the most visited exhibition in the world.

Jamie had an interest in anatomy ahead of the trip, but having the opportunity to experience an extensive exhibition showcasing plastinated human cadavers and specimens stirred something within her that she didn’t know was there: passion. This is what she wanted to do.

In college, Jamie studied Funeral Service and Mortuary Science. At a plastination conference in Toledo, she received a personal invitation from von Hagens to study under his direction at Gubener Plastinate GmbH. She spent the following three years commuting between Guben and the US to complete an intensive internship that developed and refined her self-efficacy as an anatomist and educator and significantly extended her knowledge of plastination.

To this day, Jamie has the distinction of being the only American who has extensively trained under von Hagens’ at his plastination company.

Jamie took on the role of Anatomy Lab Supervisor at Eastern Virginia Medical School in Norfolk, VA. Here she furthered her knowledge of the use of cadavers in modern teaching and training, and established a formal partnership between EVMS and Gubener Plastinate GmbH. After two years, she moved back to her home state of North Carolina where she began teaching Anatomy and Medical Terminology at Central Piedmont Community College in Charlotte.

Jamie found herself taking plastination into every conversation with students and industry professionals, often producing an organ or two from her backpack to illustrate the process. From the lab and the classroom to the science center and the workplace, Jamie was met with the same reaction after placing a plastinated organ into the warmth of someone’s hands: WOW!

In 2015 Jamie reengaged with Discovery Place Science, this time to serve as a scientist-in-residence during the six-month run of Body Worlds & The Cycle of Life at the Museum. While working on the project, Jamie decided to embark on her dream of making innovative anatomy resources more accessible to more people. Within five months of the exhibition closing, in October 2016 Jamie established Experience Anatomy.

By creating specimen kits and complementary guides as well as opportunities for guest lectures, seminars, workshops and custom-created programs, Experience Anatomy has the power to revolutionize health and life science education.

Hosted by The Jazz Garden Tent at Romare Bearden Park