“I Can’t Believe It’s Not Brutter”

Jason St-Laurent Curiosity as a Driver for Creativity

Jen Band asks the question: What makes you come alive?

Jen Band is the Founder and Executive Director of Playing for Others – the most impactful, innovative, and transformational experience available for teens in Charlotte. As PFO has grown, so has Jen’s desire to share the powerful message of her life’s work. In this inaugural CreativeMornings/Charlotte talk, she ignites a passion within each of us to discover our own greatness. And in line with this month’s theme, we learn that getting there will take some Work – including Willingness to dig deep, Open palming, Realizing our ability to choose, and Killing the “shoulds” in our lives. 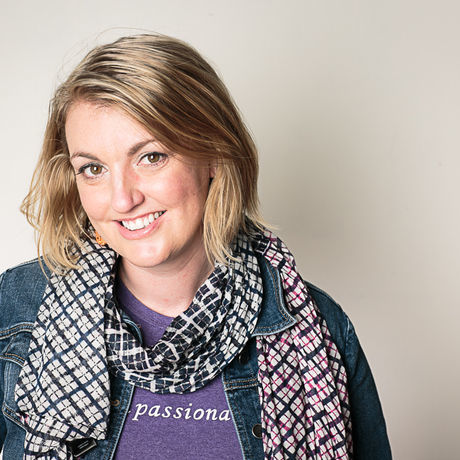 Jen Band is the Founder and Executive Director of Playing for Others. Originally from West Virginia, Jen received her BFA in theatre with an emphasis in Children’s Theatre, from Marietta College, in Marietta OH. During her time there, she worked at the Boggy Creek Camp in Cassia, Florida with children with chronic and terminal illnesses. This life changing experience ingnited a passion for both “camp life” and working with children with unique opportunities in life.

For the next 12 years, Jen worked at various camps up and down the east coast during the summer for both children with chronic and terminal illnesses as well as children with disabilities. During the school year she worked at the Children’s Theatre of Charlotte for several years teaching theatre, music, and dance to children and teens of all ages. She served as the In School Coordinator bringing programs focused on learning through drama into multiple public and private schools. However her greatest love during this time was directing.

While working at the Children’s Theatre of Charlotte she directed numerous musicals with children and adults of all ages. Then in 2008, she left the Children’s Theatre of Charlotte to become the full time Executive Director of Playing for Others. Jen’s incredible vision continues to shape Playing for Others into the most impactful, innovative, and transformational experience available for teens in Charlotte.