Michele Clark Compassion is a Choice 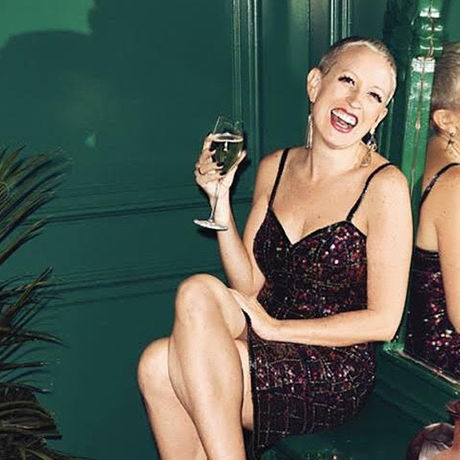 Kristen Kaza is a cultural producer, community enthusiast and  "Party Mom" of Chicago. With a 12 year career producing “parties with a purpose” across Chicago, she focuses on building intersectional and intentional programs & audiences that foster community connection and joy. In 2012 she launched her cultural production company No Small Plans Productions, producing events that prioritize Chicago talent & communities with brands & institutions such as the Museum of Contemporary Art, Nike, Navy Pier, Pitchfork, Ace Hotels and featuring artists like Jamila Woods, Noname, Lupe Fiasco, Mick Jenkins and many more.

In nightlife, she is best known for her eight-year running dance party “Slo ‘Mo: Slow Jams for Queer fam,” known for providing welcoming and joy generating spaces that celebrate LGBTQ people. In addition to its monthly residencies provided with free admission, Slo 'Mo hosts workshops, yoga sessions, concerts, comedy nights and more as a way of offering opportunities outside of traditional nightlife environments for the queer community to connect.

Kristen is also the Co-Director of Humboldt Park’s Reunion, a project incubator and event space that centers & celebrates women, LGBTQ & poc creatives & entrepreneurs on a sliding scale. In 2019, Kristen made her “comeback” to media icon the Chicago Reader as Director of Public Engagement & Programs after a seven-year hiatus she took to focus on No Small Plans. Under the Reader’s newly established independence and commitment to community giving as a classified L3C, Kristen is developing a membership community and creating programming that prioritizes underrepresented artists, communities and neighborhoods.

When she’s not on her party grind, Kristen loves to travel, thrift, and hang out with her husky shepherd Demi & friends.