Reuse and creativity in education

Natacha Beim speaks on the role creativity plays in her career as an early childhood educator, entrepreneur and mother.

The theme for the March 8, 2013 was ‘reuse’ featuring speaker Natacha Beim, which was a perfect choice for International Women’s Day.

Natacha spoke about the role creativity played in her career as an early childhood educator, entrepreneur and mother.

A few notable comments (paraphrased) by Natacha:  "Be persistent and ask ‘why not?’“  "If every child is creative, what happens when they become adults? School!” “All schools can and must be creative environments.” “If education can be better, make it better. Why wait for governmental bodies to implement change?” “Before dumping knowledge into your kid’s mind, think about how they are going to reuse it in their lives.” “Creativity is a habit that must be cultivated.” “Over prepared kids lead to underprepared adults” “Creativity is mastering a discipline while having the freedom to make it happen in your own way.” “Parents should allow children the time to be creative.” “We need creative thinkers. Facts won’t solve the problems of the world.” 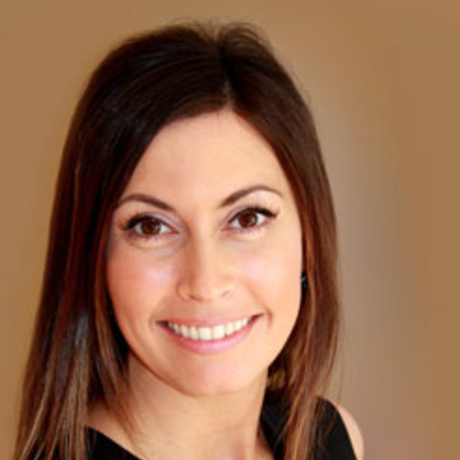 Natacha V. Beim is recognized internationally as an educational leader, author, speaker, child advocate and parenting expert. She created an educational approach based on children’s brain development and the values of contribution and empathy. In 1996, she founded Core Education & Fine Arts Junior Kindergarten schools, which are highly recognized in North America.

Born in Uruguay and raised in Montréal, Canada, she has traveled extensively and studied educational systems around the world. As a pioneer in the field of modern education, Beim continually pursues studies in the field developmental psychology focusing on the early years.

Beim strongly believes in the power of a well-rounded education. A published poet at the young age of 16, Beim speaks three languages and has worn many hats including teacher, ballerina, model, journalist, painter, writer, actress (theatre) and runner. While she still devotes time to these interests, her passion now lies in helping the next generation of young learners by creating North America’s most regarded junior kindergarten program. Natacha V. Beim won Top 40 Under 40 Entrepreneur Award; WOW Woman of Worth Award for Empowered Educator; and was a Women of Distinction Award finalist for Education Training and Development, two years in a row.