Getting in touch with Blue Mind

J talks about our connection to nature through water and reminds us that water can bring us clarity and stability. 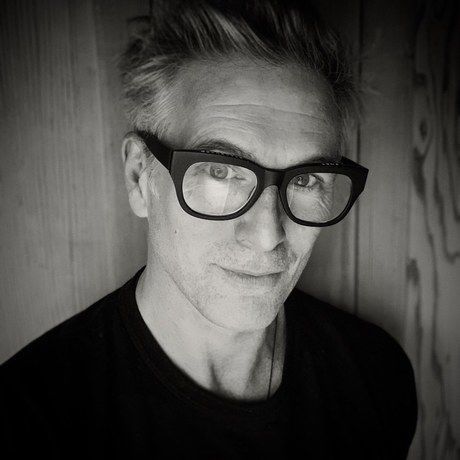 Dr. Wallace “J” Nichols - called a “Keeper of the Sea" by GQ Magazine, “a visionary" by Outside Magazine, a “water warrior” by AQUATICS International and a “friend of the sea” by Experience Life Magazine - is an innovative, silo-busting, entrepreneurial scientist, movement maker, renown marine biologist, voracious Earth and idea explorer, wild water advocate, bestselling author, sought after lecturer, and fun-loving Dad. He also likes turtles (a lot).

Dr. Nichols collaborates tirelessly to create the new story of water and share it with the world. This story includes the vast cognitive, emotional, psychological, social, physical, and spiritual benefits that we can all derive from healthy waters and oceans throughout our lives.

“I’m delighted to present this important award to someone who shares my passion and emotional attachment to the health of our oceans", PM Bainimarama said.

Nichols’ experiences and creativity as a field research scientist, government consultant, founder and director of numerous businesses and nonprofit organizations, teacher, mentor, parent, and advisor all support his quest to build a stronger, more inclusive and diverse blue movement.

His current focus is on what he refers to as Blue Mind, a powerful new universal story of water. In this story society accurately describes all of the physical, ecological, economic, cognitive, emotional, psychological, physical, and social benefits of healthy oceans and waterways. By connecting neuroscientists and psychologists with aquatic experts and artists to ask and answer exciting new questions his work is transforming many sectors, including: health and wellness; education and parenting; arts, architecture and design; real estate and urban planning; travel and leisure; and sports and recreation.

His book Blue Mind, published in summer 2014 by Little, Brown & Company, quickly became a national bestseller and has been translated to numerous languages and inspired a wave of media and practical application.

J. knows that inspiration comes sometimes through adventures, or simply by walking and talking. Other times through writing, images, and art. Science and knowledge can also stoke our fires. But he also knows that what really moves people is feeling part of and touching something bigger than ourselves. At every turn he encourages people to disconnect from the grid and reconnect with themselves, those they love, and the special places they care about.

His research, expeditions, and work as a guide have taken him to coasts and waterways across North, Central and South America, to Asia, Africa, Australia, and Europe where he continually finds that the emotional connection to waters of all kinds—rather than force or financial gain—is what keeps his colleagues and collaborators working hard to understand and restore our blue planet.

J. is currently Chief Evangelist for Water (CEH2O) at Bouy Labs, a Senior Fellow at the Middlebury Institute for International Studies’ Center for the Blue Economy, a Research Associate at California Academy of Sciences and co-founder of Ocean Revolution, an international network of young ocean advocates, SEE the WILD, a conservation travel network, Grupo Tortuguero, an international sea turtle conservation network, and Blue Mind a global “movement of movements” sharing the new story of water.

He co-mentors a motivated group of international graduate students and serves as an advisor to numerous non-profit boards and committees as part of his commitment to building a more creative, stronger, more progressive, and connected environmental community.

J. lives with his partner Dana, two daughters and some cats, dogs, and chickens on California’s Slow Coast, a rural stretch of coastal mountains overlooking the Monterey Bay where organic strawberries rule, mountain lions roam and their motto is “In Slow We Trust”. The Nichols chose to settle down in this area after trekking the entire 1,800 kilometer coast from Oregon to Mexico. “We liked it here”, Nichols said.