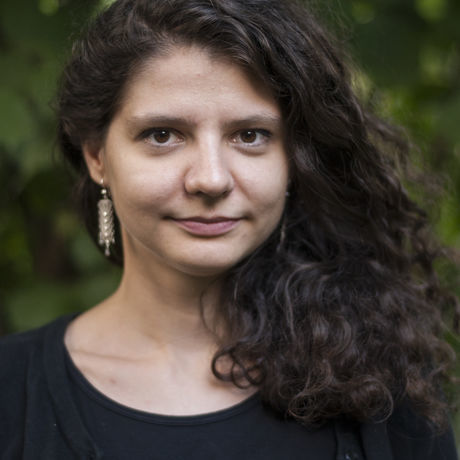 At the beginning of 2010 she founded, together with Alex Cozma, the creation platform F O R. They used FOR as a working platform for various competitions and projects. Some of the notable results of their work were the 1st, 3rd award and mention in the ARHETIPURI competition in 2010, 2nd prize for EUROPAN 12 Sweeden, in Kristinehamn 2013, and awards in the 2010, 2011 and 2012 editions of a_ta. Recently, Oana has been nominated at the AFCN Gala in 2016 for her activity in Management and Curatorial work for architecture.

She is actively involved at the Faculty of Architecture and Urbanism in Timisoara since 2010. In 2014 she enrols in a Phd program under the subject “Education in Architecture. Architecture in Education”. Also starting 2014 she is working with the 4th year studio, where, in 2015, she wins the 2nd prize for EUROPAN 13 Norway, in Os, together with her colleague Bogdan Demetrescu and their students: Dragoș Nistor, Alexandra Oprea, Alexandru Voica, Bogda Tudor and Denis Poloca.

Starting with 2014 she is coordinating the most prestigious architecture event organized by the Timis branch of The Romanian Order of Architects - Timisoara’s architecture annual. In 2014 she coordinated a team of 7, together with whom she generated the “prezent!” edition of the annual - which was highly appreciated at a national level.

As a consequence of the success registered in 2014, the 2015 edition of the annual was a transition towards a biennial format. This edition was organized in partnership with Art Encounters Foundation. For the Art Encounters art biennial organized in 2015 the team coordinated by Oana realized one of the most appreciated exhibitions, “Sigma: a cartography of learning 1969-1983”, under the curatorial wand of Alina Șerban, Andreea Palade Flondor and Space Caviar.

One of the main mission of a_ta 2015 was to prepare and announce the events of the 2016 biennial; hence the “Priveste Orasul” theme, and a series of instruments and strategies of communication with the trinome administration, civic society and professional body, were launched and tested ever since.

BETA 2016 was a complex, euroregional event, with a multidisciplinary team of over 30 people; implemented with the support of over 80 national and international partnerships. Within BETA, some other important events for both the city and the architecture profession, were generated: Upgrade My City, Architecture Tours, UndeLocuiesc.Eu and Light Edu.

In 2017, together with some of her colleagues at The Faculty of Architecture and Urban Planning in Timișoara, Oana was among the curators of ”The Answering Machine” exhibition which represented the faculty at Vienna Design Week.

Since 2017 she is the Romanian Architect’s Order designated selectioner for the Mies van der Rohe Award.

2018 has been a very good year, so far. She is relaunching F O R with a fresh group of people and she founded FABER together with 12 passionate and relevant members of Timisoara’s creative community. The FABER team has just bought a former industrial building on the Bega river, and is preparing to refurbish it into a cultural and community hub by the end of 2019.

Together with the BETA team she is currently working on the 2018 edition, with a focus on collective housing in Romania. The biennial will be open to the public between 28th of September and 28th of October.