Jamie MacDonald One minute with Jamie 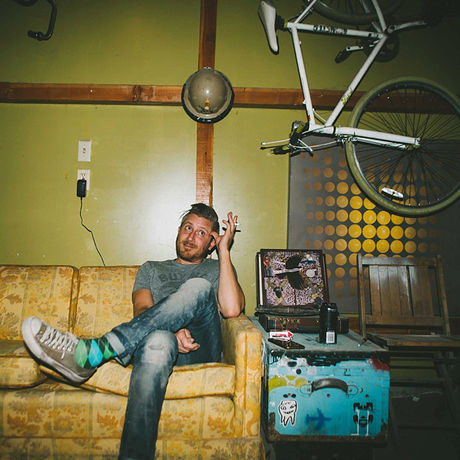 From the time he was a scribble-minded puek, Punchgut’s muse has been creativity. Finding any other career direction unimaginable, he’s worked exclusively in the field of art and design ever since. He currently continues to feed his muse thru Drekker’s beer labels. Art collectors around the world often find his contributions in The Art of Modern Rock, The Art of Electric Frankenstein, Rockin’ Down the Highway, and High Times, among a slew of other publications, magazines, and international art shows. He’s received mention in the Wall Street Journal and a Punchgut collaboration can be seen on your moms fridge. Does anyone read these things?

It has been said that Punchgut is not a North Dakota artist. Rather, he is an international artist who happens to live in North Dakota. Inspiration for his work comes from stimuli as varied as firecracker packages, 80’s video games, depression, fruit snacks and distorted photocopies. Godzilla, Jesus, and gassy pizza have all appeared in some of his well-known works.

From corporate logos to mixed-media found-object pieces, even an avid collector will be hard-pressed to identify his work in a line-up. Some might declare he is best known for his old-fashioned illustration skills with a #2 pencil, while newer works are created with spray paint over elaborately hand-cut stencils, often on ancient barn wood or rustic tin. The only similarity between any of his mediums is just the right amount of ambient creepiness to keep each piece sharp. punchgut.com or IG @punchgut