Being in Right Relationship

Rahwa shares heartfelt, and at times painful, life experiences which have profoundly shaped her ability to love and forgive. By digging deep, she has found ways to heal, and has gathered the strength to move on. Through it all, she’s been unwavering in her devotion to serve our beloved community. 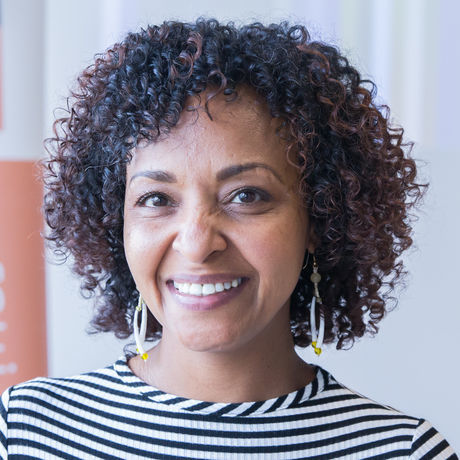 Spend thirty seconds with Rahwa Ghirmatzion and you will be compelled to make a change. Born during the civil war in Eritrea, Rahwa’s family fled the violence by walking for 16 days to safety in Sudan. They were then relocated to Western New York and eventually landed on the West Side of Buffalo where Rahwa was educated in the Public School System and started her path to activism. For more than 15 years, Rahwa has worked with community-based organizations in Western New York that promote community development. She was executive director of Ujima Company, Inc., a multi-ethnic professional theater company whose primary purpose is the preservation, perpetuation, and performance of African American theater. Rahwa was the recipient of the 2017 Community Commitment Award from VOICE Buffalo and the 2013 Community Leaders Arts Award from the National Federation for Just Communities. In 2018, Rahwa became executive director of People United for Sustainable Housing (PUSH Buffalo), a community organization that works at the grassroots level to create and implement a comprehensive revitalization plan for Buffalo’s West Side, with more than $40 million invested in affordable housing rehabilitation, weatherization, and green infrastructure. In this role, Rahwa oversees the organization’s programs and day-to-day operations, which have grown to include housing construction, solar installation, job training, and a youth center on Grant Street, as well as outreach and advocacy on public policy issues facing urban communities.