Sharpen your elbows. Get to the front. Speak up. Stand up.

Sandy Garossino gives the audience a thought-provoking talk about the primal and elemental nature of creativity, and how essential it is for building a culture of humanity.

Sandy gave the audience a thought-provoking talk about the primal and elemental nature of creativity, and how essential it is for building a culture of humanity. Themes in her presentation included the debt we owe to creative innovators and responsibility we have to honour them if we want our civilization to survive—especially in cities as young as Vancouver. Touching on topics from women in creative professions (her daughter is popular indie musician Grimes) to the need to protect democracy on the Internet, Garossino engaged the audience with her inspiring ideas and thoughtful challenges, ending the morning with a call to arms to everyone in the room and watching to raise the statue of arts & culture, and increase the value of creativity as a way to build a great city. 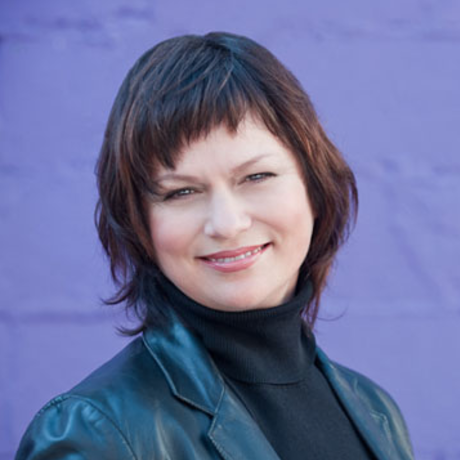 A lawyer by training, she is also a businessperson who has owned and operated a number of companies, from small start-ups to 250 person operations, in sectors as diverse as transportation and digital content creation and publishing.

Garossino published, fostered and developed young Canadian talent such as poet Shane Koyczan, who was brought to the world stage at the Opening Ceremonies of the 2010 Olympic Games, and co-ventured with Nettwerk Music Group to building global creative and technical teams to create groundbreaking digital content for mobile downloads to mass audiences world-wide.

Garossino ran for Vancouver City Council in the 2011 civic election, achieving the highest support for an independent candidate in 25 years. She is a member of the TED community, and a weekly public affairs panelist on the Bill Good Show.

Garossino’s long record of service to the charitable and non-profit community led her to co-found the Vancouver Not Vegas Coalition, a grassroots citizens’ movement that opposed the expansion of Edgewater Casino.