The currency of creativity

Anis Mojgani See where the river takes you

In this month’s short and sweet talk, Stefanus Nel of unorthodox brand Blink Stefanus gives us a sneak preview of his travel plans in South America, where he plans to pay for his adventures in art. Hopefully his trip will spark an economic revolution - or at least make it less weird when we try to pay for our beers with a drawing on a napkin. 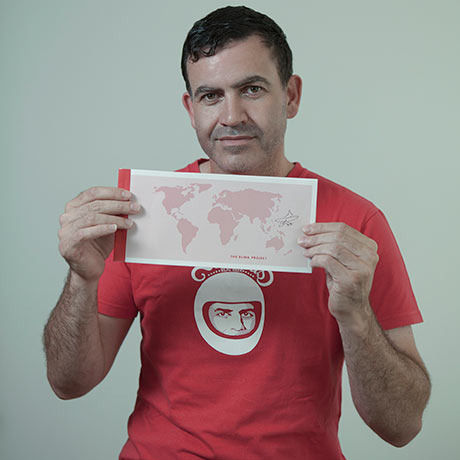 Stefanus is a writer who can’t spell. That’s why he started doodling. After saving enough money working illegally as a dental nurse in the UK he studied copywriting at the Red and Yellow School of Advertising. He’s worked at most agencies including Draft FCB, MetropolitanRepublic and TBWA Hunt Lascris. He’s also worked at TBWA Paris and Droga5 in New York. A few years ago het was gatvol and decided to freelance. He created Blink Stefanus – a brand he uses for self promotion. In 2010 he married his logo and got Kulula and Southern Sun to sponsor his honeymoon. In 2013 Stefanus got gatvol for a second time and decided to try something else… Hello Blink Project.