See for yourself
All Talks Individuals Chapters
shd

Zoyander Street There are millions of ways to be a person.

Jon Rhodes The importance of mentorship

“How can we make space for new ideas and creative energy while staying in place?” The CreativeMornings Cleveland chapter chose this month’s exploration of Transit and Aleea Rae (aleearaeart.myportfolio.com/) illustrated it.

In September we were joined by Zoyander Street, an artist and researcher. They have been working in indie video games for more than a decade but their practice also involves other forms of media art and (mis)uses of technology.

Studying history and foreign languages, they became frustrated with the idea of linear text and putting one idea after another. During an internship in Japan, Zoyander found interest in objects and the story behind them. Often there was much more interest to the individual object, beyond the general history that surrounded the time it was from. From this, they realised the limitations of the linear. They wanted to allow messy things to stay messy and began to research interactive and tactile forms of expression to surface ambiguity.

“There are millions of ways to be a person.”

Zoyander used interviews with trans people to create media which showed the need for society to be flexible. Through inviting trans people across the world to share their experiences, from those struggling to access the proper healthcare they need to British trans people who are still unable to self-define their gender Zoyander used art to show the spectrums that exist in society, and that goes way beyond gender.

During their masters at the V&A, Zoyander started to develop custom hardware for festivals, galleries, and museums. And with that came an interest in creating lo-fi glitchy games, led by Zoyander’s ethnographic and historical research.

“Anybody can make a video game.”In 2017, Zoyander made Skeleton in a Beret, a film about indie games and the people who make them. The documentary moved away from the mainstream to tell different stories and experiences of gaming.

In Skeleton in a Beret, two trans people talk about how they have actively used videogames as part of how they explore not just their gender, but their skills, self-confidence, and self-expression.

Beyond films, Zoyander likes to work with ‘toxic garbage’. The garbage being old computers often destined for landfill and the toxicity from the societal issues that inspire their work. By doing something different with traumatic memories or experiences, Zoyander uses their practice – a combination of research, art and recycling, to process things that are toxic in culture and society.Photo credit: Mark Howe

Jon Rhodes AKA legup.social has spent the last three years helping hundreds of small businesses, charities and social enterprises with digital, for free.

Established in 2019, legup.social brings together digital experts to support those who need help with the digital side of their business. By pairing the challenges of their mentees with skills of mentors Jon has helped people from all walks of life learn the skills they need to progress their business.

After noticing the digital industry was becoming less inclusive and more expensive, Jon wanted to remove barriers for people and help them learn new skills. He begin to sign up digital mentors and now more than 50 people are signed up to help those who need it.

And mentees aren’t the only ones learning. In the last three years Jon has been adapting and developing events each time to make sure they’re as accessible and inclusive to all. Evening out the gender split and making sure venues didn’t exclude people who didn’t drink – the pub was quickly swapped for co-working spaces and libraries – are just a few of the small changes made along the way to make sure legup can give everyone the legup they need.

Established in Sheffield with a second event in Manchester, legup’s most recent challenge has been navigating through the coronavirus pandemic. In-person events were out and the atmosphere and relationships that build in those face-to-face sessions is hard to replicate, but Jon is determined to re-imagine legup to suit the strange times we find ourselves living in.

Legup is always on the lookout for new mentors. If you work in digital or have relevant expertise and experience, Jon will be more than happy to chat – just drop him a line on join@legup.social.Words by Molly McGreevy.

“A band of colors, expanding definitions, a broad array of identities — we all live within multiple spectrums”September’s theme is Spectrum! It was chosen by CreativeMornings/LasVegas and illustrated by Iandry Randriamandroso. 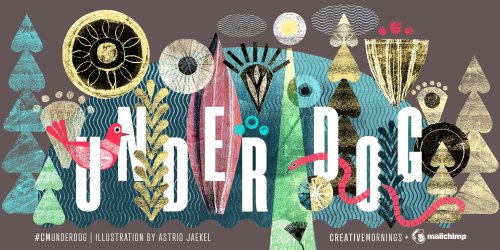 July’s theme is #CMunderdog presented by Mailchimp. It was selected by CreativeMornings/Edinburgh and illustrated by Astrid Jaekel - Artist / Illustrator. 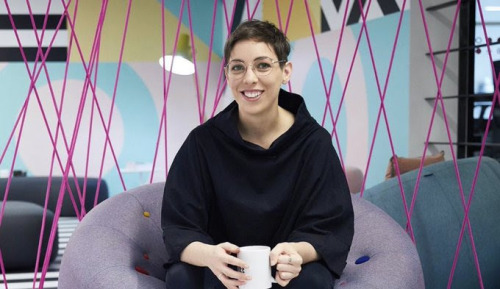 Lauren Kelly is a psychologist and designer. In 2014 she started BehaviourStudio, a behavioural design studio, working with and training teams at Microsoft, Coop Digital, The British Government, The Estonian Government, Hyper Island and more.Lauren is trained to recognise countless syndromes and conditions. But there’s a difference between studying something and living it.70% of us experience imposter syndrome. Maya Angelou and Einstein to name two. And Lauren is part of that 70%. She’s one of millions of people who doubt their accomplishments and have a persistent, often internalized fear of being exposed as a fraud.People have Zoomed in to Lauren’s talk from across the world. People who live thousands of miles apart have come together, many admitting to experiencing imposter syndrome themselves.Lauren works in behavioural design and uses behavioural science and design for positive behaviour change. By looking at imposter syndrome as a behavioural challenge, she can apply behavioural design tools.“Your imposter syndrome means you overestimate people’s ability and underestimate your own. They are no better. You are at the table. You deserve to be there.”Negative thoughts are the driving force behind imposter syndrome. If left unseen to, they can turn from a cloud of doubt into a dark, damaging shadow.“Instead of an imposter. You need to think like a belonger.”To think like a belonger. You need a belong statement. Something everyone can write and keep to hand for next time imposter syndrome creeps in.

A) ‘I’m great at…’ List three things you are great at.

C) ‘It makes me feel…’ Note how your triggers make you feel. To be aware is the first step towards change.


Then bring the three together to create you belong statement:


“You aren’t alone. Other people aren’t more capable. Identify your ‘imposter’ triggers. And start to change them with your belong statement.”Words by Molly McGreevy. 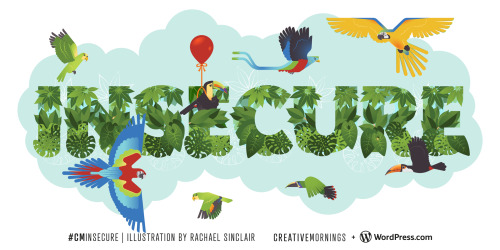 “Ignite a small dose of your courage and fiercely protect its flame.”
June’s theme is #CMinsecure. It was chosen by CreativeMornings/Louisville and illustrated by Rachael Sinclair. Presented globally by WordPress. 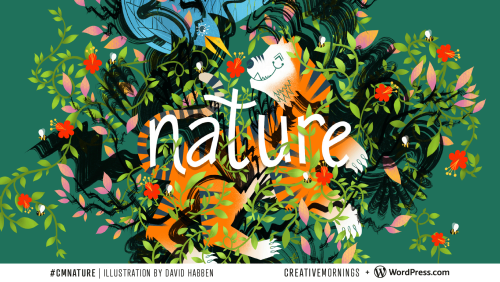 “What can nature teach us about living with strength, vulnerability, and grace during these challenging times?”

May’s theme is #CMnature. It was picked by our Salt Lake City chapter, illustrated by David Habben (habbenink.com), and is presented by WordPress. 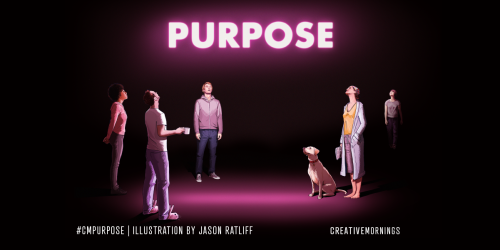 “When in doubt, take the steps you need to follow the path of your own joy. This path is your purpose.”April is #CMpurpose. This month’s theme was chosen by the Indianapolis chapter and illustrated by Jason Ratliff. 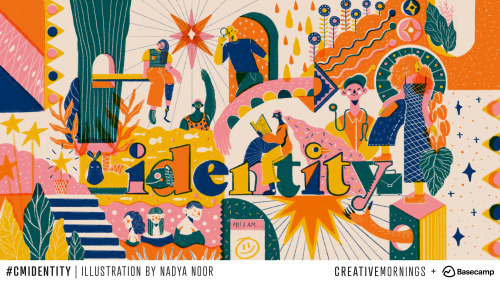 “The most unique care and love you can give to your creative identity is to craft it with your own hands.”

It was chosen by our Jakarta chapter and illustrated by Nadya Noor.