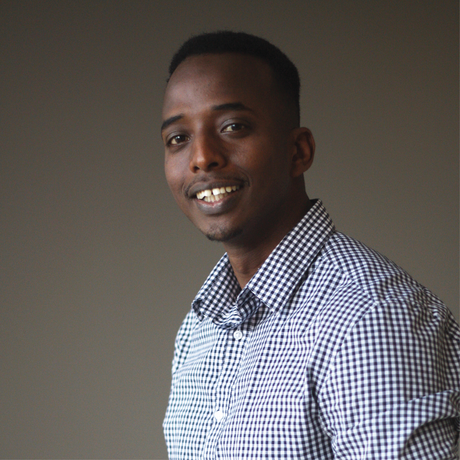 And now, it’s something that I am grateful for every single day.”

When the civil war began in Somalia, Abdi Nor Iftin was five; he and his brother became the sole providers for the family and were forced to attend a madrassa run by a man they called the “Angel of Punishment.” Amidst the bullets and the beatings, Abdi had one escape: American movies and music. By watching movies like The Terminator and listening to Michael Jackson, Abdi learned of America, taught himself English, and began to dream of a life in the U.S. He stayed in Somalia until he had no choice but to flee—escaping to Kenya as a refugee, where a different but grinding life of hopelessness awaited.

And then, a stroke of incredible luck: he won the Diversity Visa Lottery.

In his memoir Call Me American, Abdi recounts his harrowing, extraordinary, and uplifting story. A vivid portrait of the desperation refugees seek to escape and a reminder of why western democracies still beckon to those looking to make a better life.

Abdi is a proud, legal resident of Maine and is on the path to citizenship. He attends the University of Southern Maine, works with his community as an interpreter, and helps other refugees integrate and break down cultural barriers.

My mother, who is a very strong, nomadic woman, who grew up herding goats and cows, walking several hundred miles - and this is sometime unbelievable - she has never known that she lived in country called Somalia until she was really 17 years old." — Abdi Iftin

No one in this world chooses to be a refugee. — Abdi Iftin