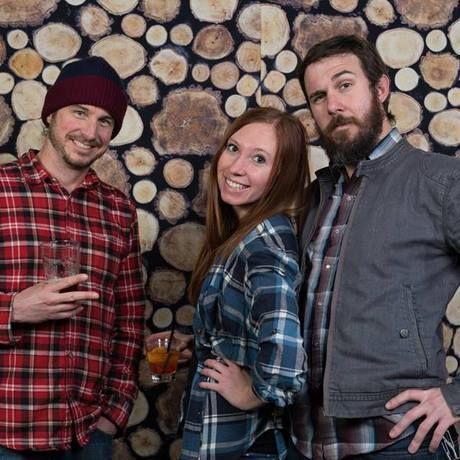 TIM BARNETT :: Tim founded Baltimore Bike Party in the spring of 2012. After several attempts to successfully revive Critical Mass rides, Tim launched the first Bike Party in April with 70 riders. Through the establishment of themes, a few rules, an after party, and a new positive attitude, Bike Party doubled in size each month, surpassing 1300 by October 2012. With a strong vision of how Bike Party could change Baltimore in a way no other event has, Tim has been at the forefront of leading the organization. He manages relationships with numerous city officials, departments, private venues, community leaders, partners, vendors, and more to make Bike Party a success each month. He plans each route and pulls a 700 watt stereo behind his bike at every event. Tim’s vision is to ensure Bike Party becomes a staple of Baltimore culture, using the bicycle as a means of meaningful and positive engagement among all people. Along with Bike Party, Tim works full time at Zipcar Baltimore as well as co-managing Velocipede Bike Project, a non-profit community bike shop, and running Dude Stuff, a discussion forum on issues of gender, race, and privilege and their impact on society.

KIMI LILLIG :: After moving to Baltimore in 2012, Kimi quickly found Baltimore Bike Party (BBP) and was wowed by the power one ride a month could have to break down many of the socio-economic, racial, and neighborhood barriers that plague the city. Energized by this she began volunteering each ride and officially joined the organizing board of BBP in April 2014. As a former volunteer coordinator, she brings a wealth of knowledge and experience to recruit and manage the 50+ volunteers BBP needs each month. Kimi coordinates multiple aspects of the monthly party in addition to volunteer management including partnership cultivation and after-party setup and coordination. Kimi’s vision is to focus more on making BBP sustainable and engaging more diverse communities.

MICHAEL BERLANGER :: Michael Berlanger often known as just “B”, loves Baltimore. He’s an avid cyclist by day, a mad cook by night, and proud papa of two great kids who are often riding right beside him at BBP and around the city. Michael excitedly joined the BBP experience the 1st time he saw the group ride pass through his neighborhood. He quickly became an active rider, volunteer and advocate for the organization. In 2014 he officially joined the BBP board wanting to contribute to maintaining its success and growth. And while being on two wheels is a passion of his, what he finds most inspiring are the amazing people and the cultural diversity that are brought together by this great big party that rides through the city he loves every last Friday of the month.