Paper Engineer and Founder of Paperform

Benja speaks on the theme “Craft” 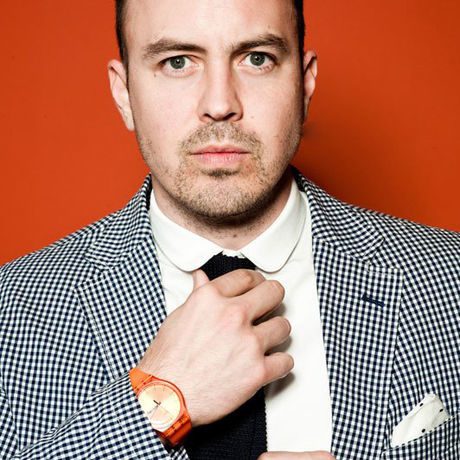 Benja Harney is a paper engineer. Working both in Australia and internationally, he is renowned as a pioneer in his field. As a professional creative, artist and educator, over the last 10 years Benja has led his Sydney-based studio, Paperform, to develop a body of work that pushes the possibilities of the paper medium. Pop-up books, paper sculpture, installation, set design and fine art – Benja makes anything and everything possible within this endlessly inventive material.

In 2004 Benja had his first commercial job creating a pop-up book for a friend’s fashion label. It was the first time he realised paper art could be a viable career. Since then he has made wings for Hermès, sneakers for Adidas, a garden for the Art Gallery of NSW and 3D chai for T2. Benja has an impressive list of clients such as Google, Samsung, Nike, Vogue, Mastercard, Yahoo, Telstra, SBS, Kylie Minogue and The Sydney Opera House.

Paperform was chosen as the official artist for the City of Sydney, New Years Eve celebration in 2016/17. Another career highlight was creating a pop-up book for Kylie Minogue’s limited edition Aphrodite world-tour album.

Benja first saw the potential for paper when studying graphic design at Enmore College. He took a class called Paper Construction and it was there he learned how to make simple pop-ups. His passion for paper was ignited and lead him down an untrodden path into a successful career as a paper engineer.