Be Funny, Change the World

Brad Jenkins from Funny or Die brings the funny to show how humor can drive meaningful action. 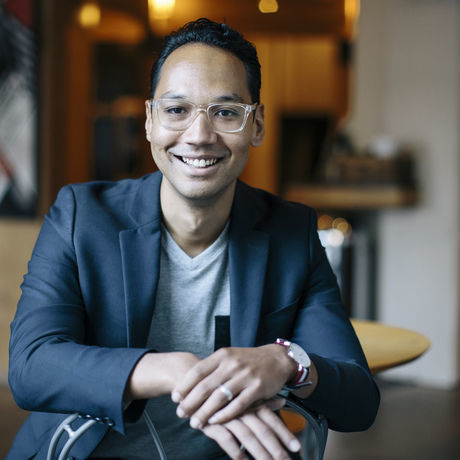 Brad Jenkins is the Managing Director and Executive Producer of Funny Or Die DC, which is housed at the 1776 Campus in downtown Washington D.C. For the last four years, Jenkins served as President Obama’s liaison and director of engagement to the creative and advocacy communities, bringing together creative executives, advocacy leaders, and some of the world’s biggest stars to advance the President’s agenda — including his Emmy-award winning “Between Two Ferns” interview on the Affordable Care Act.

In addition to creating content, under Jenkins’ direction, Funny Or Die DC provides consulting services on social media, talent outreach, writing, and branding strategies for a range of clients. Jenkins also served President Obama in the 2008 Presidential campaign as the Deputy Director of Special Projects directing the intersection of youth media and grassroots engagement. Prior to joining the White House, Jenkins was the Founding Vice President of Business Forward, an organization that brings entrepreneurs into the policymaking process. Before the 2008 campaign, Jenkins worked on the trading desk for asset management firm, Farallon Capital in San Francisco, CA. Brad grew up in Trenton, New Jersey and found his creative home performing community theater at McCarter Theatre in Princeton. He now resides in Bloomingdale in Washington D.C. and spends most of his time changing diapers and performing living room comedy for his 2 year-old daughter, Sadie and 6 month-old son, Oscar.

We need to be able to laugh at ourselves. — Brad Jenkins