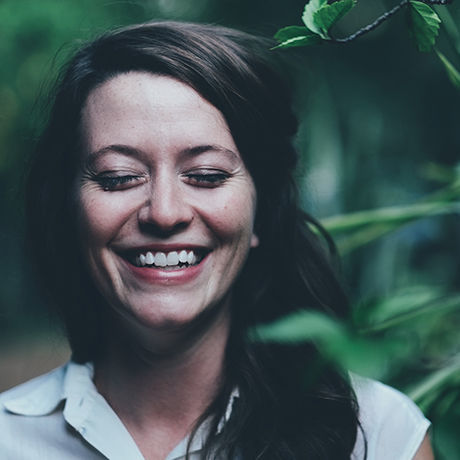 Claire Hitchins is committed to cultivating sacred spaces where connection, healing, imagination, and justice-making become possible. Equal parts song-sharer, seeker and activist, Claire finds herself on a trajectory that more resembles a meandering stream than a career path. After graduating from UVA in 2013, she worked for a food justice nonprofit in Richmond before making her way to Cochabamba, Bolivia and then walking across Spain on El Camino de Santiago. She returned to the States to accompany immigrant farm-workers in central Washington before releasing her debut album, These Bodies, in 2017 and sharing her original music as medicine all over the country. From the James River to Andean wells, the Atlantic Ocean to the Pacific, the Cannonball River at Standing Rock to the Rivanna, the current that runs through her story and songs is the same one that connects all of us—sacred water. In the face of the intersecting social and ecological catastrophes of our day, Claire draws upon the life-sustaining wisdom of Water Protectors and of the water itself to erode systems of oppression and nourish a resilient, interdependent future.