Michael Schmitz Change, or: How to learn German in 30 days 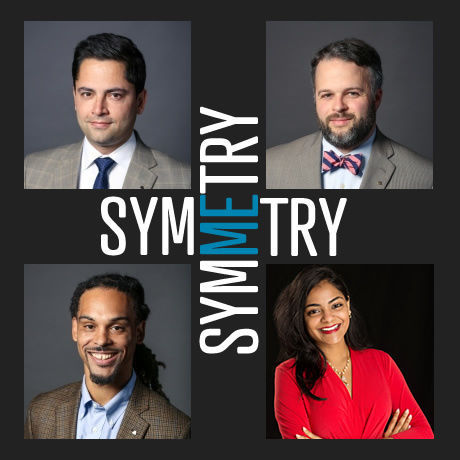 Dimple Ajmera was unanimously selected by the Charlotte City Council on January 17, 2017 to fill the District 5 seat, vacated by State Representative John Autry. In 2018, she won a successful At Large campaign and is a sitting member of the Charlotte City Council. Dimple Ajmera, a former certified public accountant, made history, becoming the first Asian-American and youngest woman to serve on Charlotte City Council. Councilmember Ajmera works diligently towards creating a sustainable, equitable, and safe Charlotte. She is widely known for leading Charlotte to becoming a global leader in sustainability with bipartisan support and pledge to lower carbon emissions. Also, Ajmera has a record of bold accomplishments on affordable housing. She played an integral role in securing the funding and neighborhood support for the affordable housing development, St. John’s Place, which serves some of the most vulnerable members of our community. She continues to advocate for expanding access to affordable housing, increasing local awareness and action on school safety, and bringing traction and economic opportunities to the 69-acre Eastland site, an area left undeveloped for years. Ajmera is a deeply committed person who did not believe her responsibilities to be “part-time.” Ajmera left her six-figure career to devote herself to the vast needs that fall under the prevue of City Council. Councilmember Ajmera has been a role model to young women. She was named to Charlotte Agenda’s 30 under 30, 13 Charlotteans who made us proud in 2017 and Longleaf Politics’ 54 Top Young Political Stars in North Carolina. She has also been recognized as one of the 50 Most Influential Women in Mecklenburg County by the Mecklenburg Times. Most recently she was given the 2018 Global Service Award by Rotary International.

Tariq Bokhari, a republican, was elected in 2017 as the district 6 representative and is serving his first term on council. Bokhari is an influential leader in the financial technology (fintech) industry, and serves as the Executive Director of the Carolina Fintech Hub (CFH). Prior to his work with CFH and launching his own startup company, Aggressant, Tariq served as the head of innovation and investment for FIS Global, the world’s largest fintech company. Prior to that, Tariq served in a variety of executive roles at GE Capital, Wells Fargo and Wachovia. He also served as treasurer of the North Carolina Heroes Fund and board member of the Greater Enrichment Program. Bokhari was inducted into the 2010 Charlotte Business Journal class of 40 under 40 and was named as the 2016 Next Money Risk Taker of the Year. Bokhari holds a bachelor’s degree from Radford University.

Larken Egleston, a democrat, was elected in 2017 as the district 1 representative and is serving his first term on council. Egleston represents Republic National Distributing Company as a brand ambassador for Western North Carolina. He has also written for local publications including the Charlotte Observer, Elevate Magazine and Creative Loafing. Egleston serves on the North Carolina advisory committee for the U.S. Global Leadership Coalition, serves as an advisory board member for Central Piedmont Community College’s Culinary Arts program and is a volunteer firefighter for the Long Creek Volunteer Fire Department. He previously served as a member of the Cystic Fibrosis Foundation Carolinas Chapter Board of Directors. Egleston was also chair of City Council’s Charlotte International Cabinet and vice chair of the Charlotte/Mecklenburg Historic Landmarks Commission. Egleston served as a delegate to the 2016 Democratic National Convention. Egleston received an associate degree from Johnson & Wales University and a bachelor’s degree from Appalachian State University.

Braxton Winston, a democrat, was elected in 2017 as an at-large member and is serving his first term on council. Winston is a stagehand and grip and a member of Charlotte’s thriving sports television and entertainment production community. He is a proud member of the International Alliance of Theatrical Stage Employees Union. Winston is also an influential citizen-journalist, producing stories not covered by traditional media outlets and employing new models of citizen engagement. Winston holds a bachelor’s degree in anthropology from Davidson College, where he was a two-time letterman on the football team.