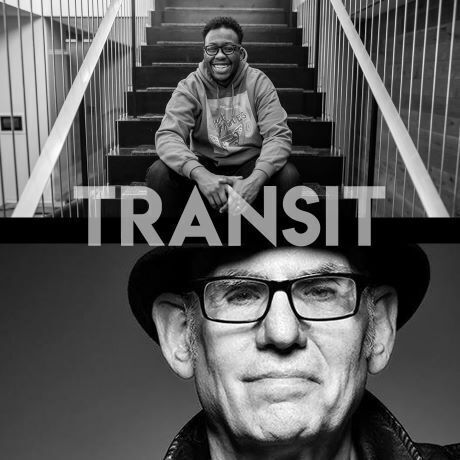 At 8:15 a.m. on Friday, October 2, join the Zoom Meeting by clicking HERE (the meeting password was emailed to the Guest List) or watch the livestream on YouTube by clicking HERE.

Born and raised in Charlotte, NC, Morgan Givens is a storyteller, audio producer, journalist currently based in Washington, DC. He’s a former producer for 1A from WAMU and NPR, and is the creator of the hopepunk fiction podcast Flyest Fables. Morgan is a graduate of the Transom Story Workshop, and an AIR New Voices Scholar. When he’s not mixing podcasts, he’s dreaming up new ones.

Liberty DeVitto has played to sold out stadiums around the world, recorded multi-platinum records, and has backed some of the most iconic musicians in the world. What’s even more impressive that he’s still doing it decades later.

For 30 years Liberty was the drummer for Billy Joel’s band and played on every one of Billy’s hits up until 2006. Just pick up one of the 150 million copies of Billy Joel records sold in the last 30 years and you’ll hear why Liberty is called “THE songwriter’s drummer.” Aside from Billy Joel, Liberty has always kept high-profile company. Spanning his career, he has played with Paul McCartney, Stevie Nicks, Mick Jagger, Roger Daltrey, Ronnie Spector, Karen Carpenter, Phoebe Snow, Elton John, Meatloaf, and many, many more. In 2013 he was inducted into The Classic Drummer’s Hall of Fame, and in 2014, the original members of the Billy Joel Band were inducted into the Long Island Rock ‘n’ Roll Hall of Fame. He has been repeatedly featured in articles, documentaries and educational publications for over 40 years.

Liberty is an Honorary Board Member of “Little Kids Rock,” a non-profit organization that puts instruments and music programs in underserved public schools worldwide. Liberty remains a band member for The Rock and Roll Hall of Fame Foundation, lectures globally for “Sticks and Skins,” and is a founding member of “The NYC Hit Squad.” Liberty is also member of “The Recovery Squad,” a band and program dedicated to rock ‘n’ roll and sober living. Liberty continues to lecture, interview and play all over the world, from Krakow, Poland, to Beijing, China to Santiago, Chile and everywhere in between.

He can be seen live with his Brooklyn-based rock and blues band, The Slim Kings, and The Lords of 52 Street – which is mostly comprised of Billy Joel’s original band members.

His recent memoir LIBERTY: Life, Billy, and the Pursuit of Happiness is a tale of following and fulfilling your dream, a love story of a drummer and his drum, and an inside look at the music and career of Billy Joel from the man who viewed it from the best seat in house: the drum throne.

Hosted by The October Zoom Room