What Stories Does Evolution Tell?

“Art is a fundamental human adaptation, it’s something that comes with our species”

Dr. Patricia Princehouse shares stories found in rocks and bones that uncover our shared roots. She traces back providing insight on how data is collected and analyzed in the field of modern paleontology, and provides details on an unsurprising learning: We are all very alike. 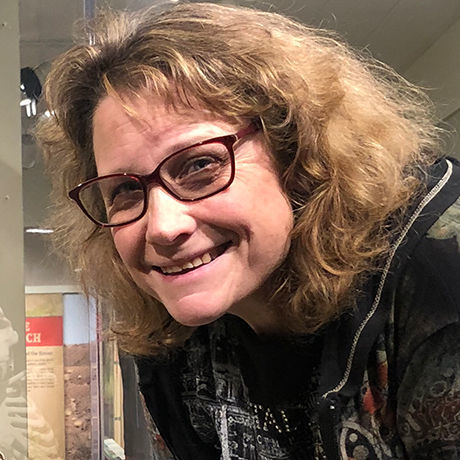 Dr Princehouse is Associate Director of the Institute for the Science of Origins (ISO), and Director of CWRU’s Program in Evolutionary Biology. A native of Ohio, Dr Princehouse earned her Bachelor’s from Kent State, her Masters from Yale, and PhD from Harvard, where she worked with Stephen Jay Gould and Richard Lewontin. Her primary interest is the evolution of apes and humans, and she does fieldwork in paleoanthropology with the Turkana Basin Institute in Kenya. Dr. Princehouse has received numerous teaching awards and was honored with the National Center for Science Education’s “Friend of Darwin Award” for safeguarding the integrity of science education in Ohio’s public schools. The ISO is a collaborative team of scientists seeking to understand how complex systems emerge and evolve -from the origins of the universe itself to microbes to the human mind. ISO has quickly gained fame for its research and its various public lecture series and science tours to see cave paintings in France, glaciers in Iceland, animals in Africa, dinosaurs in Mongolia, particle accelerators at CERN and more!