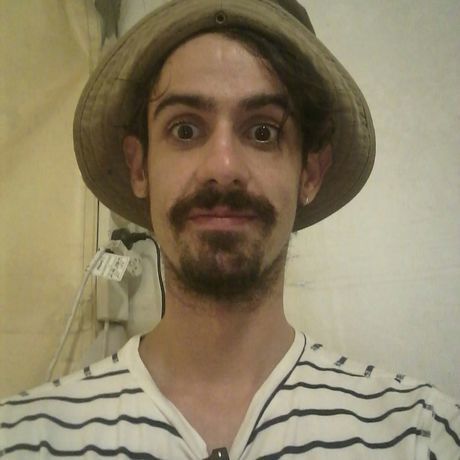 Roberto Pombo is a Johannesburg based theatre-maker, educator and performer. He graduated with an Honours degree in Dramatic Arts from WITS University in 2008 and went on to complete a three year intensive training at the acclaimed Helikos International School of Theatre Creation.

Some of his performance credits include Robin Orlin’s Dressed to Kill, Kill to Dress; Jerome Bel’s Shirtology; Jemma Kahn’s We Didn’t Come To Hell For The Croissants; The Play That Goes Wrong, directed by Alan Committie; and Sam Shepard’s Curse of the Starving Class, directed by Sylvaine Strike. He also plays with Anthea Moys on his off days.

Robaby Productions, his theatre company which was created in 2015 with his collaborators Joni Barnard and Toni Morkel, have produced the award winning Father, Father. Father!, which was invited to perform at the Amsterdam Fringe Festival in 2016, and the cult-hit KidCasino!, which has been touring since 2017. Roberto’s passion for theatre is strongly routed in the world of the clown, bouffon and the grotesque.

He recently completed his Masters dissertation in theatre through Wits University and went on to attend a three month pedagogic training at Helikos under the direction of world-renown theatre master, Giovanni Fusetti.

But something shifted for me that morning and I became obsessed with this idea of failure and dying on stage; and trying to prevent myself from dying on stage again. — Roberto Pombo

Partners Nicework
Between 10and5
WeWork Rosebank