A simple and snappy introduction to an amazing talk 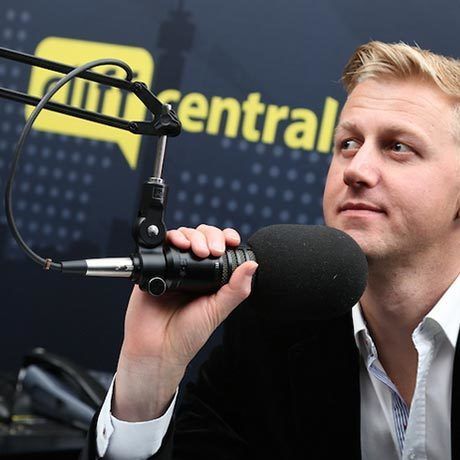 Gareth Cliff is a tall man. He cares about history, music, architecture, aerial photography, politics, current affairs, television, Italian bruschetta and his spaniel, Carl. Gareth has been on air for over 14000 hours, and believe it or not, he has even more to say and do. Now, as founder of Cliffcentral.com, he intends to revolutionise the media business. Every morning he presents a three hour show full of entertainment, inspiration, information and opinion. Throughout his seventeen years as a broadcaster, TV personality and thought leader, he has broken rules and taken audiences to places they have never been before. Gareth lists his greatest achievements as bringing peace to the Middle-East and denying Kim Jong Un a visa to his house. Gareth wants a gilt monstrance for Christmas. Look it up.