Taking the stage at our November event, Rachael Stephen gave us the gift of a literary #CMRestart. A novelist, YouTuber, and empathy wielding writing coach, she shared personal experiences, and words of advice - not just for those identifying as “writers”, but for person with creative potential waiting to be unleashed. 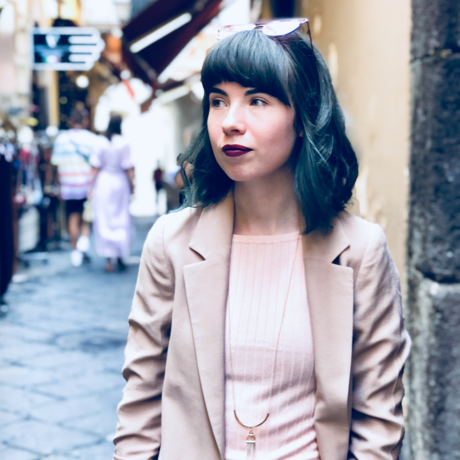 Rachael Stephen is a novelist, video creator and writing coach obsessed with story structure and powered by cake. Her debut novel, State of Flux, has been described as “a sharply written dystopian novel - a mix of Expressionistic gloss and industrial dust.” She has an MA in Philosophy, and in 2017 she was awarded funding by Creative Scotland to work on her sophomore novel, North of the End, which is still in progress. In 2016, she created the community project Prep_tober to support writers preparing for NaNoWriMo, which continues to run annually. Her videos on writing having garnered over 400,000 views, she specialises in helping writers use the Plot Embryo Method and haranguing them about theme. She lives in Glasgow with her partner and countless notebooks.

In this talk, Rachael will share with us how the cyclical structure of a story can transform the way you see and experience your life

If you are standing on the edge of a new phase in your life, if you have to do something you've never done before, which is really terrifying, just knowing that you cannot succeed and flourish and grow without leaving your comfort zone behind, can help give you the courage to do so. — Rachael Stephen

That's really what life is, a series of unfamiliar hardships which change us; of successes and failures, of learning and failing to learn — Rachael Stephen

The plot embryo can help us make sense of our experiences and hindsight. It can help us look at the hardships we've endured, our real life experiences in the context of our growth as human beings and how they have forced us to level up — Rachael Stephen

I didn't know if I was in a tragic story, or a heroic one. — Rachael Stephen