What was the moment you became radicalized? 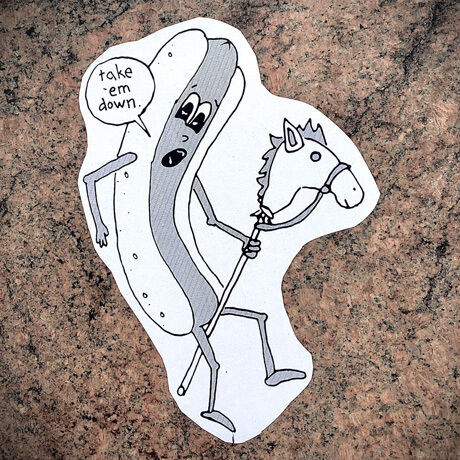 Stilts Walker is an incognito public artist and criminal-at-large who currently creates artwork for the people of Charlottesville, VA. Walker’s primary medium is sausage—or, rather, large wheat-pasted prints of hot dogs that can be found on public walls throughout Charlottesville. Though it all started as a one-off inside joke among friends, Stilt’s Walker’s cartoon frankfurters eventually found their political voice and evolved to include leftist propaganda and social commentary. The weenies have been a street art staple in Charlottesville since 2019 and have been chronicled on Instagram at @stilts_walker

Every work of art tells a story...Let's get good at telling them with goodness and authority. — Stilts Walker

What was the moment you became radicalized? — Stilts Walker

The hot dogs are able to deliver aggressive and serious messages in a disarming manner that is exciting/edgy and humorous. — Stilts Walker